Those are some cozy critters. They are resting up for the flurry of blog post content coming up. Prepare your eyeballs and read below.

Ska Shirts are in stock! Do you sometimes feel like you’re more into the idea of Ska Studios than you are about any specific games of ours? Well, now you’re in luck, as that mindset has become wearable in T-shirt form. Get them at our store now!

The famousest cats
We can’t think of bigger attention hogs than Ska Studios’ two in-house felines, Neko and Gato, and Joystiq is now just feeding the fire with a write-up involving at least one portmanteau: Developets.

New Developers Sign On
We might have already mentioned it, but Xbox Wire just made it that much more official: we’re signed up for ID@Xbox!  We haven’t announced anything for the platform yet, but there you have it!

The Dishwasher: No, Not That One For years, people kept asking us what “The Dishwasher” had to do with washing dishes. “Is it like diner dash?” asked some. “Will there be a Kinect dishwashing minigame?” asked others.  The answer has always been “no, you’re being silly, but I can’t stay mad at you!” But, if you were holding out for more dish-focused dishwasher gaming, an indie studio by the name of MPR Art Hallucinations is working on a “The Dishwasher” of their own. And they were totally nice, and totally asked if using the name was a problem, and even though we’ve totally got copyrights and patents and trademarks* on terms like “Dishwasher” and “Games” (the way to do that is mail yourself a letter with those words written on it, I know this because I heard it somewhere), we kindly gave them our blessing.  Go forth and create, creators of games!

Here are a few images and dev vlogs from MPR Art Hallucinations: 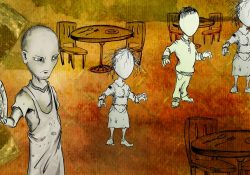 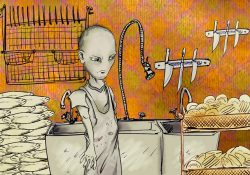 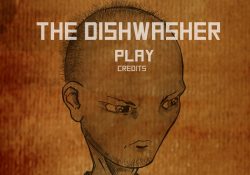 Your Common Questions
Since we get very similar questions just about every GMG post, I’m adding in this section to keep us responsible and to keep you informed.

Your most commonly asked questions today are:
Q: How about that Charlie Murder patch?
A: The “easy” fixes are done and we’re waiting on some things that are out of our hands but we’ll let you know as soon as we can.

Q: And Vampire Smile on PC?
A: Still working on it.

Q: Why is it taking so long? That one guy “ported” it so fast.
A: We’re fixing, up-ressing and adding things. We appreciate the enthusiasm but we’re not going to rush it. Sorry!

Q: Did you actually trademark* common English words?
A: What do you think?

Q: Does this look infected?
A: If you have to ask, the answer’s no.