Don’t mistake Gato’s zombie-like appearance. While it may be frightening at first, she’s actually extremely fond of you and thankful that you commited your Microsoft points to a Vampire Smile purchase this week. Because, you did buy a copy, right? Right? Of course you did. Why wouldn’t you? It’s, like, the best game ever! Or so Gato tells me.

You Have That Vampire Smile
Wow. Wow. WOW! That’s my single word reaction to everything that that happened this past week. Emails flooded my inbox at an insanely rapid pace, our latest trailer and premium theme released, reviews started appearing online as early as Monday and the 24 hour Vampire Smile launch extragavanza turned out to be a super success. It was joyful insanity to the MAX!

Early indications tell us that you, your friends and your friends’ friends are all enjoying the Vampire Smile experience, which is fantastic! Truth be told, there have been a few hiccups along the way, but for the most part, we’re pleased that most are satisfied. Know that we’re listening to you guys (and gals) and will continue to listen as time goes on. We read every email, every comment, every Tweet and every Facebook message good or bad. Without your support and enthusiasm for The Diswasher and the humble indie studio that is Ska Studios, we’re nothing. From the entire team (of three folks), thanks a hundred million times over and over. You rock! They Have That Vampire Smile
As I was saying, a bunch of Vampire Smile reviews, videos and blurbs have been infecting every corner of the internets. While I know I don’t have to “sell” you on how awesome Vampire Smile is, I figured this to be the best platform to place a few links for your reading enjoyment. With that, here is the messy, unorganized, incomplete, yet somewhat useful list of Vampire Smile reactions from across the web:
TeamXbox, Giant Bomb, Joystiq, Planet Xbox 360, GamePro, IGN, Achievement Hunter, XBLA Fans, OXM UK, X360 Magazine, GameSpot, Kotaku, MTV Multiplayer, Eurogamer, Ars Technica, Totally Rad Show, GamesTM, ZTGameDomain, 1UP, Co-Optimus, Thrifty Nerd, Videogamer, GameFocus.ca, Game Informer and many, many more.

Melodies and Plushies
And that’s launch week, rapidly recapped in a few short paragraphs. I’ve heard a few whispers from folks asking about a way to download the fantastic Vampire Smile soundtrack and for a way to get their very own Dishwasher plushie. I’ll definitely be looking for a way to make the soundtrack available but, unfortunately, the plushies are not being mass produced, thus making them unavailable. But here are a few pictures of the cute little guys for you to drool over: 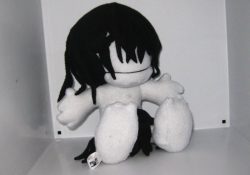 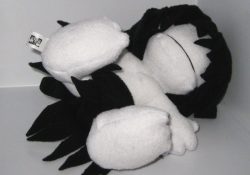 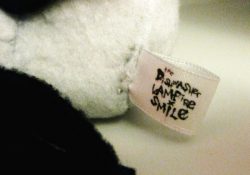 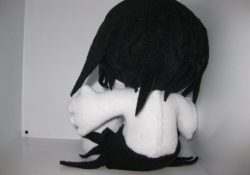